In the eye of the storm: How can utilities mitigate risks and be more resilient?

Storms, cyclones and hurricanes have been associated with destruction, causing immense damage to life and property and leaving behind trails of wreckage. But over the last decades, storms have been particularly catastrophic to utilities, causing widespread power outages and damaging utility infrastructure, resulting in losses worth billions of dollars and several months of restoration work. What’s more? Climate change is likely to make tropical cyclones more intense, the Intergovernmental Panel on Climate Change (IPCC) has warned.

The US is no stranger to destructive storms; every year the hurricane season runs from June 1 till November 30. In fact, the National Weather Service had predicted that there would be a total of 25 named cyclones this year in the US alone, including 3-6 major hurricanes. It’s pertinent to note that storms and hurricanes of scale 1-5 can be concerning for the utilities.

Many of the most costly natural disasters have occurred over the past decade; each with their own possible risks to the utility industry, including financial, operational and regulatory.

Storm season 2020: How utilities and customers paid the price?

Tropical storm Isaias knocked out power for more than 2 million customers across New York, New Jersey and Connecticut. Isaias brought the strongest winds New York City has seen since Sandy; 70 miles per hour gusts slammed across the city, ripped down power lines and hurled tree branches and debris at other lines. The storm was soon followed by the second-largest outage in energy company Con Edison’s almost 200-year history, which left over 250,000 of its customers without power and cost utilities dearly.

Hurricane Laura was a deadly and destructive Category 4 hurricane that tied with the 1856 Last Island hurricane as the strongest hurricane on record to make landfall in the U.S. state of Louisiana, as measured by maximum sustained winds. Laura originated from a large tropical wave that moved off the West African coast on August 16 and became a tropical depression on August 20. Laura intensified into a tropical storm a day later, becoming the earliest twelfth named storm on record in the North Atlantic basin. 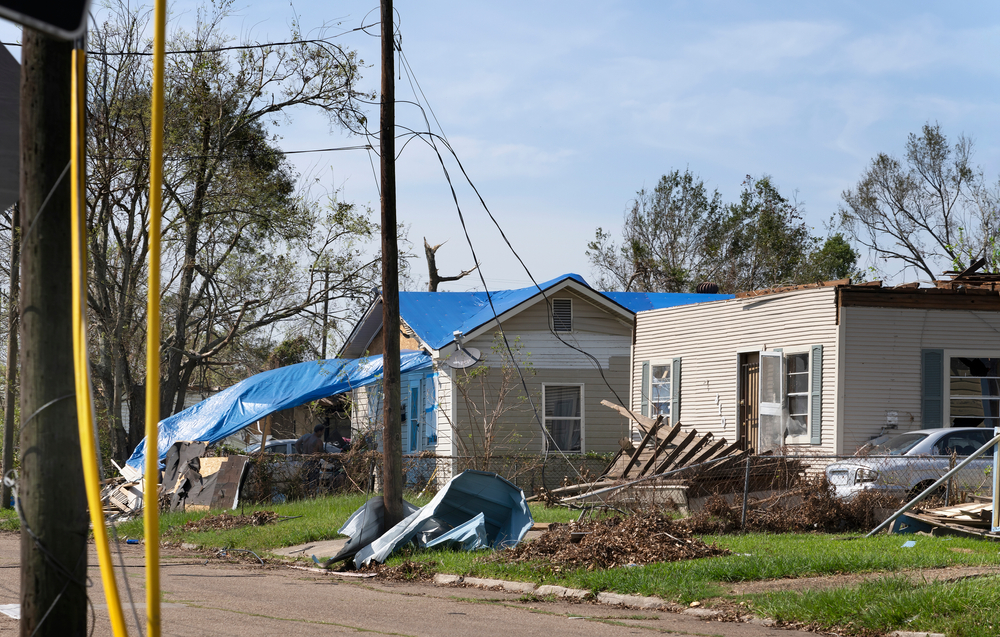 About 200,000 people were left without drinking water after Laura made 80 water systems inoperable. Additionally, some areas saw complete destruction in their power grids and over a million people lost power. Some areas were expected to be without power for weeks or even months. Multiple homes also were uninhabitable due to air conditioning units being destroyed. Recovery efforts were hampered by additional rainfall in the days after Laura had passed.

Many of the repairs in Louisiana were undone six weeks later by Hurricane Delta, which made landfall just 12 miles east of where Hurricane Laura did, with many areas in and around hard-hit Lake Charles being damaged yet again. Delta caused landfall and was responsible for 25,000 customers in Texas and Louisiana losing power. That number soon rose to 740,000 as Delta pulled inland. Streets being flooded was reported in Baton Rouge. In Warren County, emergency management reported 36 downed trees, including one that fell on a home in Vicksburg. In the state, a total of 95,700 customers lost power. It caused a whopping USD 1.5 billion and claimed 6 lives.

One of the major threats to the power grid is, which has been in the news a lot lately, are weather conditions that could not only interrupt customer’s daily lives but also destroy the grid. As utility infrastructure gets damaged in the natural calamity hit zones, power outages become quite common and restoration work becomes increasingly difficult. Under such circumstances, not only will utilities need to rethink their risk mitigation strategies for managing the impacts of climate change but will have to become a fundamental part of each utility’s long term plans.

Utilities are always answerable to the authorities and the public for their response before and after such natural disasters and also for reliable power. In 2018, one of the deadliest fires in California – Camp Fire – was caused due to faulty power lines, as a result of which one of the largest utility companies in the US was pushed to the brink of bankruptcy and faced huge public backlash.

Putting satellite analytics to use for storm management

Experts have long claimed that climate change is only going to worsen in the coming years (unless humans actually become more responsible) and will keep on causing high-intensity disasters eventually costing the utilities their reputation and billions of dollars in losses. It is true that not all natural disasters can be prevented but we cannot ignore the fact that utilities can and must be well-prepared for such unfortunate events and the restoration work that follow after. Satellites can not only accurately monitor and identify weather patterns but also correctly identify the intensity of storm damage so that restoration crews can be sent in time to fix them. Let’s understand how: 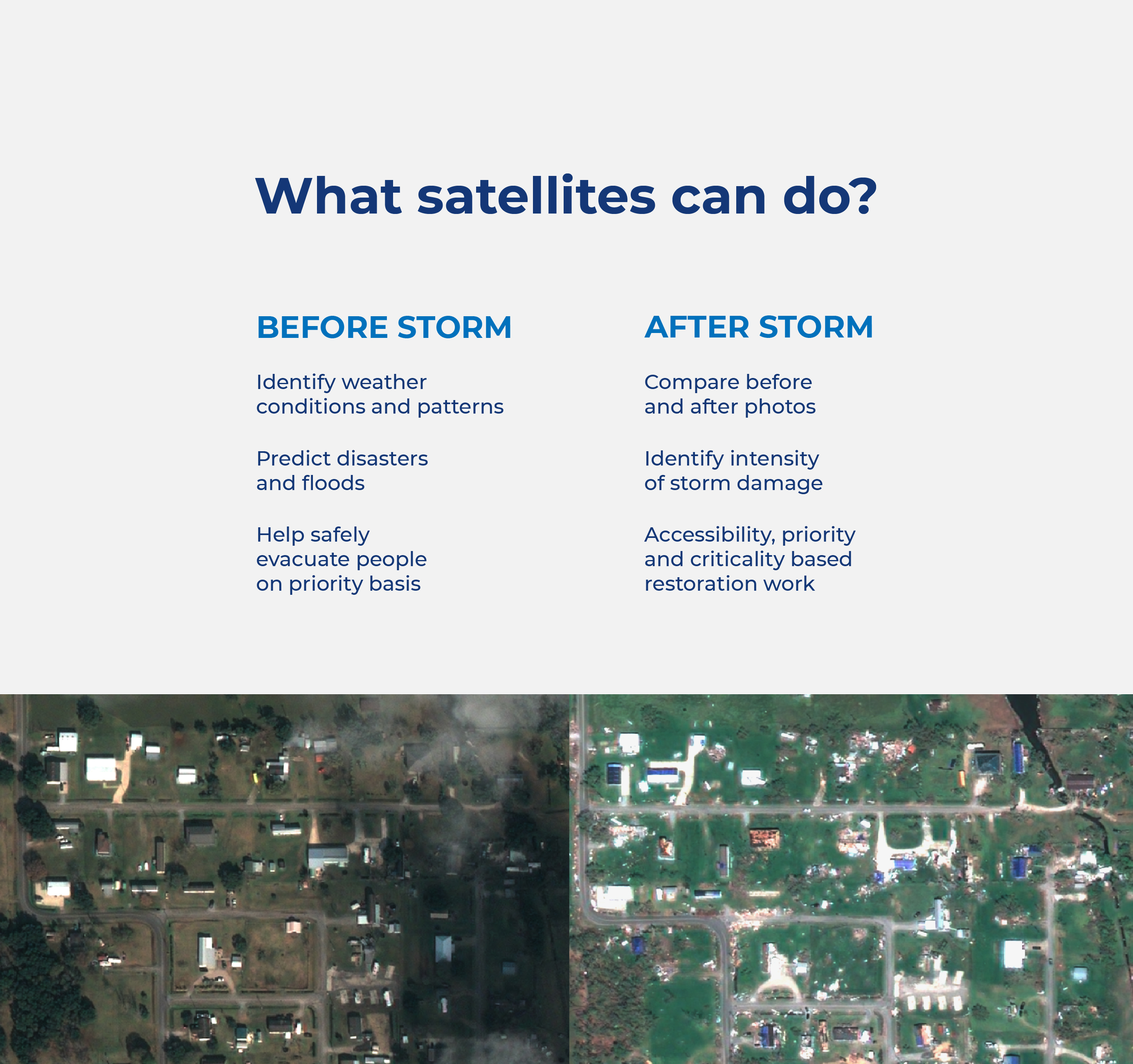 Now is the time to choose AI and satellite analytics for storm preparedness. AiDash is on a mission to empower utilities using groundbreaking AI technology and satellite VHR imagery. To know more about our disaster and disruptions management model, drop us a mail at info@aidash.com.